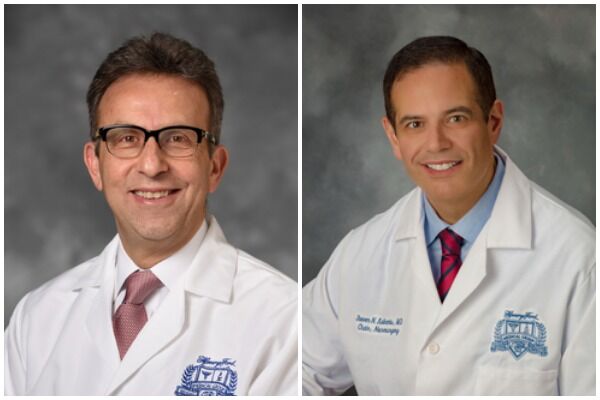 As mass murder Dr. Anthony Fauci continues to appear in the corporate media to attack the use of hydroxychloroquine (HCQ), which thousands of doctors have now said can completely cure COVID, more doctors are coming forward to expose his lies.

Fauci publicly attacked a recent positive study about HCQ published by the Henry Ford Health System, prompting two of the leading doctors of the study, doctors Adnan Munkarah and Steven Kalkanis, to publish an “Open Letter” refuting the lies of the mass murderer, Anthony Fauci.

We want to point out that scientific debate is a common occurrence with almost every published study. In part, this is what fuels the advancement of knowledge – challenging one another on our assumptions, conclusions and applications to get to a better place for the patients we collectively serve. You can read the original study here and the senior author’s letter to the editor here.

Unfortunately, the political climate that has persisted has made any objective discussion about this drug impossible, and we are deeply saddened by this turn of events. Our goal as scientists has solely been to report validated findings and allow the science to speak for itself, regardless of political considerations.

To that end, we have made the heartfelt decision to have no further comment about this outside the medical community – staying focused on our core mission in the interest of our patients, our community, and our commitment to clinical and academic integrity. (Full letter here.)

FAUCI’S MAIN COMPLAINT ABOUT THEIR STUDY IS THAT IT WAS NOT A “DOUBLE-BLIND, RANDOMIZED CLINICAL TRIAL,” WHICH IS CONSIDERED THE “GOLD STANDARD.”

THIS IS AN INTERESTING CRITICISM, SINCE ALMOST ALL OF THE CURRENT NEW MEDICAL PRODUCTS BEING FAST-TRACKED BY THE FDA TO TREAT COVID, ARE ALSO NOT “DOUBLE-BLIND, RANDOMIZED CLINICAL TRIALS.”

This is especially true for the COVID vaccine drug trials, which do not even use a true placebo, but instead usually use another vaccine known for serious side effects, to make the new COVID vaccine appear to be more safe.

Another doctor who has come forward to criticize Fauci is Peter R. Breggin, MD, who published an article yesterday (August 3, 2020) titled:

WHY COVID-19 CLINICAL TRIALS CANNOT BE TRUSTED: THE “GOLD STANDARD” FOR SCIENCE IS GOLD FOR THE DRUG COMPANIES

Science! We have been told that science must be relied upon to make our decisions when dealing with the pandemic called COVID-19. We must in effect bow down to science, no matter how humiliating and painful it may feel.

But science has an Achilles heel—a fatal flaw that can completely ruin it and frequently does.

What is the fatal flaw of science? It is conducted by human beings. Science is only as dependable as the people who conduct and disseminate it. The adage for judging opinions still holds true—consider the source!

When Anthony Fauci announced the rollout of his initial clinical trial for remdesivir as the great hope for knocking out the coronavirus epidemic, he boasted about the clinical trial’s importance: “A randomized, placebo-controlled trial is the gold standard for determining if an experimental treatment can benefit patients.”

Since controlled clinical trials involving drugs and vaccines are very expensive, require access to sick and often highly infectious patients, and must be approved by the Institutional Review Boards (IRBs) and the FDA—they can only be conducted with funding from Big Pharma and Big Government or occasional other large institutions. We will see that the tragic result of this hegemony was remarkably demonstrated in Fauci’s government trial on behalf of his favorite drug company, Gilead.

Meanwhile, the People’s Drug Is Running Ahead

As we have documented in earlier reports, here and here and on our Coronavirus Resource Center, hydroxychloroquine and zinc as a prophylactic, and hydroxychloroquine plus azithromycin and zinc for patients developing COVID-19 could right now greatly improve the treatment of patients in the US, as it has done elsewhere.

Doctors and entire nations have been and are continuing to use this drug successfully, especially in combination with azithromycin and zinc. The Association of American Physicians and Surgeons has shown that the countries which actively use hydroxychloroquine have significantly lower death rates than those that do not. (Full article.)

Another doctor who has spoken out in an article published today (August 4, 2020) is French Dr. Pascal Sacré. The title of his article is:

COVID-19: WE HAVE A TREATMENT: HYDROXYCHLOROQUINE (HCQ). WE DO NOT NEED A VACCINE!

We have a treatment in COVID-19 and it doesn’t have the support of Big Pharma and their experts!

It costs nothing and the powerful pharmaceutical industry does not want to hear about it.

Big Parma has done everything to outlaw and demonize it, including the publication in the most prestigious medical journal (Lancet) of a fraudulent article withdrawn 12 days later.

Let’s stop saying that there is no treatment for COVID-19 or that only a vaccine will save us!

There is a treatment for this disease, not in intensive care, where it is too late, but to prevent it from going to intensive care, so to be given early enough, by general practitioners or emergency doctors.

The key to defeat COVID-19 already exists. We need to start using it. (Full Article.)

Texas doctors Dr. Kevin R. Wheelan, chief of cardiology at Baylor Heart and Vascular Hospital in Dallas and Dr. Peter McCullough, a clinical cardiologist and professor at the Texas A&M School of Medicine, have also made public comments and sent a letter to the FDA a few days ago.

Reported in The Texan:

The number of doctors publicly supporting the use of hydroxychloroquine for early treatment or prevention is growing.

Recently, Dr. Kevin R. Wheelan, chief of cardiology at Baylor Heart and Vascular Hospital in Dallas and Dr. Peter McCullough, a clinical cardiologist and professor at the Texas A&M School of Medicine, issued a letter supporting the emergency use authorization (EUA) of hydroxychloroquine for outpatient treatment and prophylaxis for COVID-19.

The letter dated July 6 was submitted in support of a petition by several other doctors asking the Federal Drug Administration (FDA) to reissue an emergency use authorization for hydroxychloroquine that has been donated to the national stockpile.

Wheelan and McCullough say in their letter that “when started earlier in the hospital course…and in outpatients, antimalarials [hydroxychloroquine] may reduce the progression of disease, prevent hospitalizations, and are associated with reduced mortality.” They cite several studies for support.

In response to concerns that have been raised about cardiac issues with patients using hydroxychloroquine, the doctors point out that even with heightened scrutiny of the use of hydroxychloroquine, no monitoring boards have declared safety concerns with the 65-year-old drug. They urge the FDA to allow physicians to assess the risk to their patients in determining whether hydroxychloroquine is an appropriate treatment. (Full article.)

This is just a sampling of the doctors who are coming forward and speaking out, but don’t expect the national corporate media to give them any coverage, and don’t expect to find out anything about these doctors if you do a Google Search, as Google and the rest of Big Tech are accomplices to mass murder along with the big corporate media outlets, such as CNN, NBC, ABC, MSNBC, and also Fox News.

Laura Ingram and Tucker Carlson on Fox will at times give exposure to these doctors, but they will also probably politicize it and use it to attack Democrats and Joe Biden, even though this is clearly a non-partisan issue.

In spite of this overt censorship, the news seems to be getting out, and as we reported yesterday, hundreds of thousands of people took to the streets to protest in Europe over the weekend. See:

Because English is now the common language among the educated around the world, hundreds of thousands of readers from India and Africa have also been coming to Health Impact News to learn the truth about HCQ during the past few days.

The question now is will Americans wake up in time to free themselves of this medical tyranny, or just mostly continue to willingly comply with their own destruction?

The Gateway Pundit -KILLER FAUCI: Even Developing Nations Algeria, India, Indonesia, Cuba That Used HCQ Fared Better than US in Treating Coronavirus — By an Average of 79% Better!

Hydroxy is being discounted TOO SOON, say scientists who believe the malaria drug could saves thousands of lives by preventing COVID-19