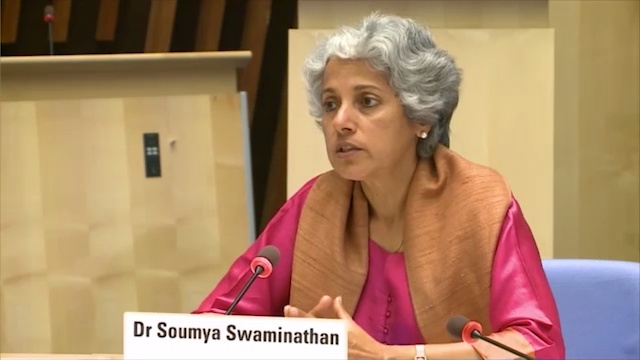 On the 25th of May 2020, the World Health Organisation halted hyrdoxychloroquine trials globally within 72 hours of sighting a publication in the Lancet. They advised countries to do the same.

The Lancet’s publication immediately came under severe scrutiny from the many of the world’s top doctors and universities of medicine, as well as various countries that have shown considerable success using the drug to treat COVID-19 in their countries.

WHO received correspondence from many, including an open letter signed by over 180 physicians, which pointed out substantial scientific flaws in the Lancet published study. The UK Recovery trial chimed in with its 11,000 patients within their data.

The Lancet then backed away from its own article, and put forward that Surgisphere, the contributing authors, needed to do independent checking of the data. Lancet left the authors to provide their own independent review process.

By the 3rd of June, a week later. WHO advised the trials should resume citing their concerns no longer existed.

“We (WHO) had taken abundant caution, while we looked at our own data, and while other ongoing trials of hydroxychloroquine in the UK looked at their data, which is a fairly substantial data set of over 11,000 patients.”

A member of the press asked if this now meant that they were saying hydroxychloroquine was safe.

“We are now fairly confident not having seen any difference in mortality… (no heightened risk exists using HCQ) the data safety monitoring committees of both Solidarity and Recovery have recommended that the trials continue” she responded.

“All of that is done based on very careful examination of the data and the evidence.” Dr Soumya Swaminathan added

So who was behind the falsified medical study that stopped the worldwide use of HCQ, and potentially cost lives?

The CEO of Surgisphere has often quoted “If you are using big data, artificial inteligence and machine learning, do we even need random controlled trials if we have big data?“

The article in the Lancet is by many medical professionals, perceived as “fake news” with a big dataset. It seems apparent that data has been generated so that it could boast full data of COVID-19 patients from 671 hospitals around the world within 2 months of startup.

One of the co-authors of the Lancet article, Mandeep Mehra, went straight to Sky News on the falsified publication’s release date, to strongly suggest that world should stop using hydroxychloroquine immediately.

Richard Horton, the editor of Lancet, has had various roles with the WHO. He has posts on his Twitter account that display a strong level of political opinion that would be consistent with this article making it to publication. This includes him “fact checking” the US president, and other harsher expressions on many political topics globally.

Additionally, there appears to be an undisclosed financial link between the Lancet and Gilead. Look for a possible money trail and we may have the answer to how this could happen in a prestigious medical Journal. The Lancet appears to be the property of the Elsevier Group, a subsidiary of the parent company RELX Group of which Black Rock is the main shareholder. The same Black Rock is shareholder of GILEAD. GILEAD is the manufacturer of Remdesivir; a much dearer medication that is being tested with only minor results against COVID-19.

“Journals have devolved into information laundering operations for the pharmaceutical industry”, wrote Richard Horton, editor of the Lancet, in March 2004

Richard Horton, editor of the Lancet

Related:
182 Professionals from 25 countries around the globe raise serious concerns with The Lancet’s anti HCQ report

HCQ: The Lancet announces serious scientific questions about it’s own published study, which immediately halted WHO trials around the globe

Spain WILL NOT ban hydroxychloroquine, unlike other European nations spooked by reported side effects

Russia WILL NOT ban hydroxychloroquine for use in treating Covid-19

Peru will continue to use hydroxychloroquine to treat Covid-19 patients

HCQ is effective for COVID-19 when used early: analysis of 115 studies

Source: HCQ Meta HCQ is effective for COVID-19. The probability that an ineffective treatment generated

This unprecedented violation of the sanctity of the doctor-patient relationship, denying Australians access to this drug, must end.

This means that zinc, low dose HCQ, and azithromycin and may prevent a large number of hospitalizations and probably deaths during the SARS-CoV-2 pandemic.